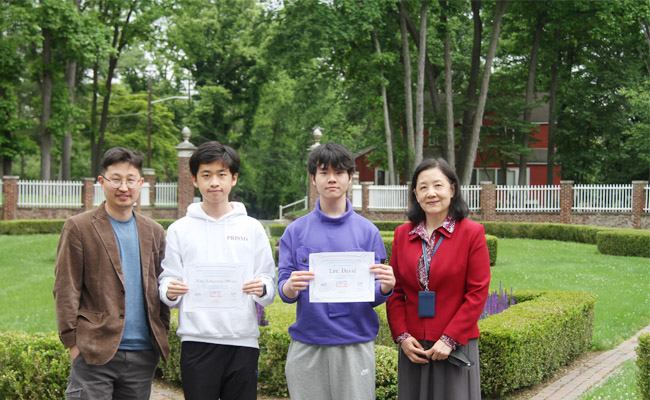 PRISMS freshmen David L. and Meric X. were awarded a Bronze Medal and an Honorable Mention, respectively, in the most recent USA Physics Olympiad (USAPhO). USAPhO is a competition for high school students, organized by the American Association of Physics Teachers and the American Institute of Physics, for the purpose of selecting the team to represent the United States at the International Physics Olympiad.