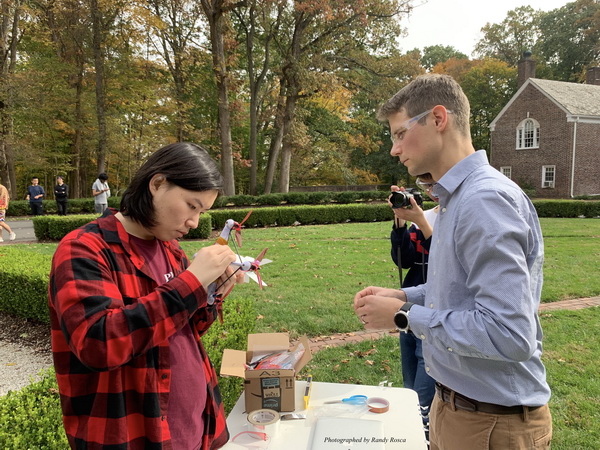 On the 25th of October 2019, senior student, Zechen (Peter) Wei, broke the Guiness world speed record for the fastest quadcopter ascent to 100 meters, with a record time of 2.732 seconds. The previous record was set in 2016 by German engineer, Dirk Brunner, who had produced a quadcopter that was able to ascend 100m in 3.871s and in doing so held the title of “Fastest 100m ascent by a quadcopter” in the Guinness Book of World Records.

Peter Wei is currently a 12th-grader in Princeton International School of Mathematics and Science (PRISMS). He made his record attempt after spending more than a year and a half working on the quadcopter as part of his two-year research program at PRISMS with his research mentor, Adam Kemp. Peter produced countless 3D CAD models, conducted simulations and finite element analysis on its theoretical performance, and eventually constructed an optimized prototype.

Peter’s love for quadcopter design led him to contest the world record. Peter calculated the theoretical time required to ascend 100m and determined it could be faster. “When I first came to PRISMS as a freshman, I never thought of being able to go this far,” said Peter. “I am excited about hands-on creativity. Turning what’s in my head into reality in my hands always feels like magic. In the past few years at PRISMS, I have stayed curious and have done a lot of innovative engineering projects. When thinking about research projects, my instructor, Mr. Kemp, encouraged me to challenge the world record. After a lot of hard work with simulations and trial-and-error, I finally achieved my goal. I appreciate all the people who helped me, but I especially want to say thank-you to Mr. Kemp, whose excellent advice and guidance benefited me.”

“Our approach at PRISMS promotes critical thinking, imagination, and curiosity, and our two-year research program helps to hone these skills and develop each student’s potential. We are very happy that Peter was able to follow his passion, worked hard to actualize his goal, and was successful in his chosen endeavor. Congratualtions, Peter!” said Matthew Pearce, PRISMS Principal.

PRISMS was founded in 2013 and is a non-profit, co-educational STEM-focused school for grades 9 to 12.