PRISMS Soccer Team Off to Best Season in School History 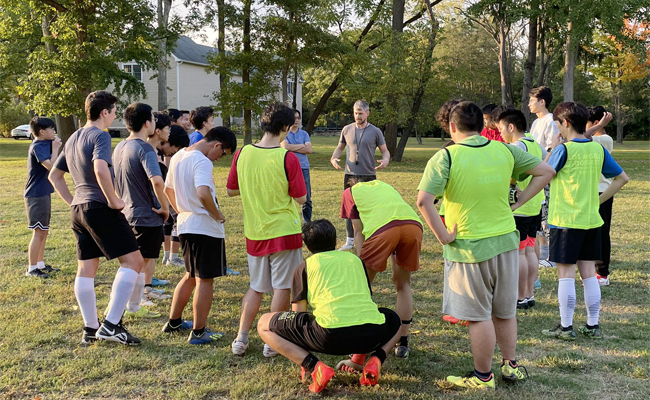 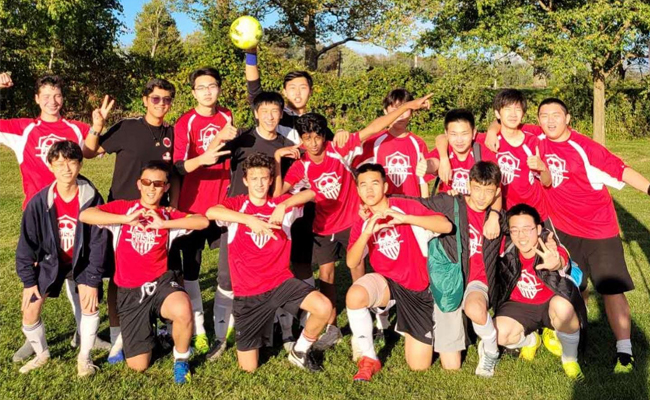 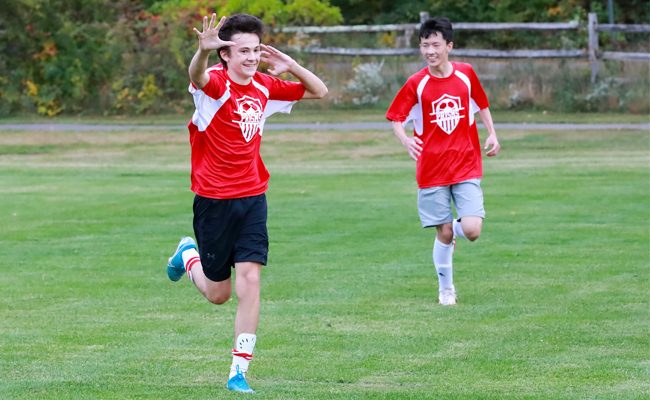 PRISMS has had a 2-1-2 start to the boys’ soccer season under new head coach Dr. Jay James May. May has taught and coached worldwide, beginning in his native England, followed by tours in Spain and China, before moving to the US this year. Says May, ‘I'm immensely proud of the way the team have committed to training, learned from defeats, and put their trust in me from day one. They're far from the finished product, but they show every day how willing they are to seriously compete with any opponent they face.'

The team recently beat rival Wilberforce 2-0. After an evenly matched scoreless first half and missed penalty shot, PRISMS scored the first goal of the game when Ravotto broke free of the defense placing a shot in the bottom left corner of the goal. Five minutes later, Ya placed a hard shot past the left side of the goalie after the ball rebounded off the post. Goalie Edward Cheng stopped 4 shots for the win.

Gao says it well, ‘I love the team atmosphere that we are building. We have a diverse group of players, but what's shared in common is that we fight for each other on the pitch, and we give everything we have out there. I also love the support that we received from our wonderful classmates and friends.’