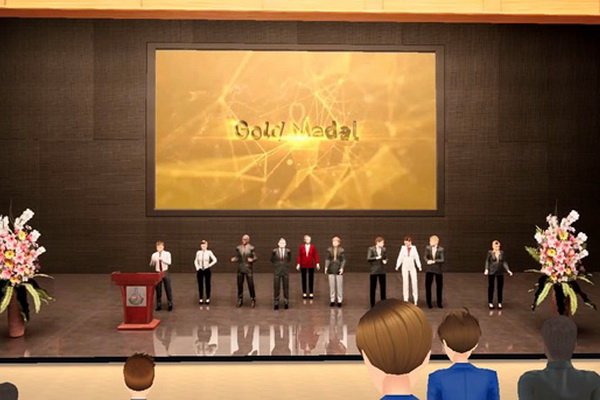 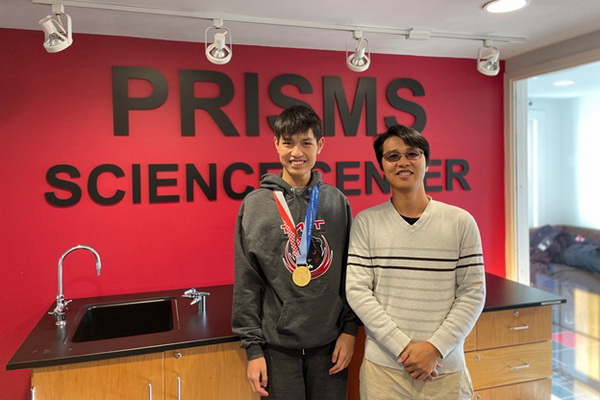 Qiyang Z. (21’), a graduated senior from Princeton International School of Mathematics and Science (PRISMS), won a gold medal at the 53rd International Chemistry Olympiad (IChO) for the US in early August 2021. Together with the other three members, the US team brought home two golds and two silvers in the competition hosted by Japan but held virtually due to the pandemic. Qiyang ranked 13th place among more than 300 participants from all over the world, scoring the highest in the US team.

Since joining PRISMS as a sophomore, Qiyang's passion for chemistry and scientific research was ignited by his chemistry teacher and research mentor, Dr. Steven Chen. Qiyang won the High Honor (top 50 nationwide) in the US National Chemistry Olympiad in 2019 as a sophomore, and further advanced into the study camp in 2020 and 2021, representing the top 20 students in the nation. Qiyang was selected in the US team for the 2021 International Chemistry Olympiad in his senior year, taking up one spot out of only four members of the US team, all under the guidance of Dr. Chen.

The competition for the U.S. team was fierce, beginning with a multiple-choice exam taken by nearly 17,000 high school students across the country. The top 1,000 then advanced to take the National Chemistry Olympiad (USNCO) tests. From there, the top 20 went on to a two-week-long study camp, where four top students were selected for the team along with two as alternates. The study camp was held virtually in 2021.

Starting in 1968 in former Czechoslovakia, the International Chemistry Olympiad (IChO) is an annual competition for the world’s most talented chemistry students at the secondary school level. Nations around the world send a team of four students who are tested on their chemistry knowledge and skills in a five-hour laboratory practical and five-hour written theoretical examination that are held on separate days. The practical exam was canceled this year due to the virtual format. The 53rd International Chemistry Olympiad in Japan, or IChO2021 Japan, was closed on Aug 3rd after a fruitful session of 9 days. Although due to the ongoing COVID-19 pandemic, the virtual IChO had participants from 85 countries and regions with more than 300 participants, which is the largest number IChO has ever had. The top-scoring 33 students, around 12% of those extraordinary chemistry talents from 85 teams, won the gold medal this year.

“I hereby express my sincerest gratitude to my mentor Dr. Chen for supporting my learning of chemistry!! My years spent in PRISMS are also imbued with delight, all thanks to the presence of the entirety of PRISMS faculty. I could not have become the human I am now without you!” said Qiyang.

"This is the second IChO gold medal won by PRISMS students in the past four years." Dr. Chen said, "I am so proud of Qiyang. Every PRISMS student is unique with potential in different areas. As a teacher and mentor, it is my great pleasure to support our STEM talents to develop their potential and achieve excellence.” Another PRISMS student, Yutong D (18’), won a gold medal at the 50th IChO in Czech and Slovakia in the summer of 2018, also guided by Dr. Chen.

Benefiting from the rigorous STEM-focused curriculum and unique two-year research program offered at PRISMS, Qiyang took all advanced chemistry courses including AP Chemistry, post-AP electives, Organic Chemistry, Inorganic & Analytical Chemistry, and also got the opportunity of doing hands-on research. He worked on the synthesis of nanomaterials and their applications in photochemical catalysis in Dr. Chen's research lab. Qiyang also presented his research progress through oral defense and won first place in the category of chemistry at the Mercer Science and Engineering Fair 2021. He is currently further pursuing chemistry at the Massachusetts Institute of Technology.