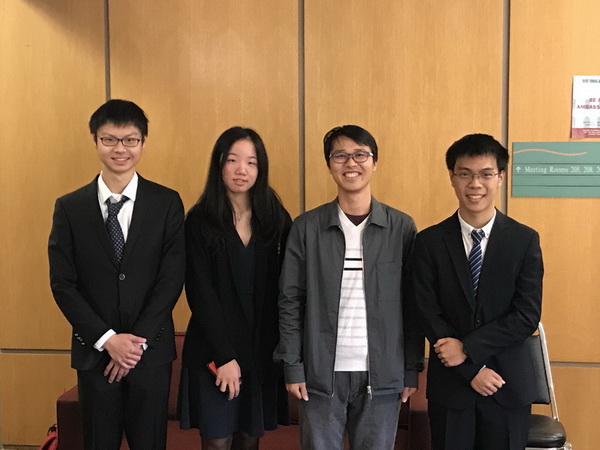 Three of our seniors were recently given awards by the Delaware Valley Science Council. The Delaware Valley Science Council Awards recognize regional students for their outstanding achievement in STEM fields. Students who are nominated by their school’s faculty complete and submit an application questionnaire describing their science interests, activities and experiences. After the applications are reviewed and evaluated by professional members of the DVSC, finalists are chosen to be interviewed by teams of area scientists. Combined interview results are used to allocate cash awards to be used specifically in furthering their science education.

The three winning PRISMS seniors this year are Muhua (Cici) Xu, Songtao (Barton) Li, Zeqing (Richard) Li. They advanced into the final interview of the Delaware Valley Science Council (DVSC) Awards after excelling in the online application. On October 19, 2019, they were interviewed by a small group of scientists at the University of the Sciences in Philadelphia, and then finally were selected and awarded the McKinley H. Stevens Memorial Award, Excellence in Science Award, and Science Achievement Award, respectively.

PRISMS students have participated in the DVSC Awards since the 2017-18 school year. All nine nominated participants advanced into the final interview round and won awards in the past three years. Besides the three winners this year, the other six are Mingye (Christina) Wang (19’), Jiaqi (Lucia) Lu (19’), Yichen (Gregory) Zhang (19’), Yingyi (Olina) Liang (18’), Jiaqi (Joshua) Huang (18’), and Yutong (Mary) Dai (18’).